Book Proposal Rejection: How Do You Get Unblocked Afterwards?

Ellen asked: “How do you get unblocked after rejection?  I sent a proposal and sample  for my book to an agent or two. After getting rejected, I have not been  able to start again.”

I’d like to answer Ellen’s question with some specific steps I would take to move forward successfully with the book proposal, along with tips for how to unblock.

1. Did you do it right? I always ask authors whether they sent a query letter (or met the agent) and actually received an invitation to submit their book proposal before sending it. I’m fairly certain Ellen did this, but always make sure you follow common practices.

2. Don’t take it personally: Hearing “no” is part of the deal. Most authors have received rejection letters before they got a “yes,” in the same way that most successful sales people get more “nos” than “yeses.” Sales people learn to tell themselves that it doesn’t mean they’re a failure or a bad person. In fact, the “no” has nothing to do with their self-worth at all.

3. Congratulate yourself: Remind yourself that most successful authors have gotten many more than one or two rejections. Read a list of authors who received more than a hundred rejections: Mark Victor Hanson and Jack Canfield (authors of  Chicken Soup for the Soul) (Good thing they didn’t take no for an answer);  Ray Bradbury (almost a thousand rejections) (inkygirl.com); William Saroyan received 7,000 rejections for his stories (right-writing.com); Jack London received a mere 600 rejections (Timesonline.com).

You have now joined the ranks of seasoned authors in one of the first initiatory rites of passage.

4. Still blocked? Meet Your Muse: I often take my book writing students on a visualization/journey where they imagine meeting their muse, or creative self, to get answers. Your muse might show up as a symbol, animal, wise teacher, or just a felt sense. Often, meeting your muse in this way can help you unblock. If you’re not in my classes, just imagine yourself walking a path in the woods, up to a small structure/building where your muse awaits you. Imagine the scene in detail, see how your muse appears to you and write about your conversation. Ask your muse for answers and assistance to unblock.

5. Get feedback: If you can, ask the agents or publishers why the proposal was rejected. Their insights will not just help you write a winning proposal, but can help you write a better book. It certainly did that for the book I began with Peaco Todd: The Ultimate Guide to Transforming Anger. Feedback got us to team up with anger expect Jane Middelton-Moz and write a much improved book.

6. Analyze the situation: Do you have a small author platform (or following) or is your book in a highly competitive category? If so, you may need to build your platform and grow your mailing list, publicity efforts, web traffic, etc.

7. Get an expert opinion: Get feedback from a book proposal expert and see if there’s something missing. Maybe you did not make a strong enough case for the book. Maybe there’s an angle that could make your book proposal even more compelling–a slight change of market or fresh idea. I recently helped an author who’d been writing for a smaller market. We worked on her book concept and two agents who had not been interested both wanted to represent the book.

8. Send more query letters: Once you get some feedback and make any necessary changes, send out more query letters. One or two proposals sent may not be a large enough sample, either. You might try more like three or four at a time. 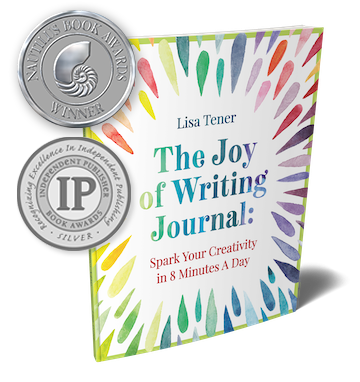