Each June, I look forward to the Ocean State Summer Writing Conference sponsored by the University of Rhode Island–both as a presenter and a participant. I especially enjoy the first two days of Advanced Workshops–always with great writing teachers.

My first year, I took a memoir workshop with Richard Hoffman–not so much to write my own memoir, which I can’t help thinking would be fairly dull, but to support my clients and students writing memoir. The workshop was great fun and I was actually surprised to enjoy what I wrote.

When I heard Richard is returning to URI once I again, I thought it a great opportunity to ask him about writing memoir, particularly about the challenges that come up in writing a memoir.

Lisa: What would you say are the things that makes a memoir great?

Richard Hoffman: The very best memoirs remain intent on an inquiry the author is making into his or her life and times. Who what and where are only the starting point, the real questions are how and why. When you begin to follow that line of inquiry, it leads to real discovery. You come to understand how the forces shaping your life, the life you have in common with others, made you who you are and the world you live in what it is. I’m always telling my students two things: Don’t write about your life — write from your life. And don’t be content to turn your life into ink — turn it into art.

Lisa: I like that–I’ve often thought that when you’re truly writing in that place of inspiration, you’re learning something new.  That’s when writing opens up.  Richard, what advice would you give someone who is just starting to write a memoir–where to start writing?

Richard Hoffman: Wherever you can! Think of a spiderweb. You can hook that first thread anywhere it will hold. The important thing is to not think in linear terms at all when you’re writing. Write scenes. Write pages of reflection. Write what’s available to you to write today. Memory’s mercurial; if something offers itself to be explored, explore it while it’s “live”. If you shoo it away because you’re convinced that today you’re going to work on, say, Chapter 7, it might not come back! That’s my experience anyway.

Write modularly in the order that presents itself to you. You’re exploring, looking for clues, praying for happy accidents. Trying to uncover what was hidden (sometimes by the “official story” you’ve been telling yourself for years). A book is read from the upper left-hand corner of page one to the lower right-hand corner of the last page — but that is not how it is written! At least not in my experience. Composition happens only later, when you’ve turned over every rock and shaken every tree. The next stage, fashioning a story, a narrative, from the parts comes pretty late in the process.

Lisa: How many flashbacks can a memoir have? How do you prevent it from getting confusing if there are flashbacks? Are there any “tricks” to making the flashbacks flow smoothly?

Richard: This is a term that comes from fiction and film studies and even there it is much abused. A memoir need only be linear insofar as a reader must know whether an event happened before or after another event. That’s pretty easily signaled and can be done artfully and gracefully with transitions. I wouldn’t worry much about this. Things tend to fall in place, and when they do you end up with insight or, often, further questions that will lead you to deeper understandings. When you’ve got a complete draft, give it to a few of your best reader friends and see if anyone complains that they’re lost. A writer needs good colleagues, not necessarily other writers although that’s a good thing, but a few readers you can trust to be critical and encouraging, who are on your team but won’t let you slide, either. 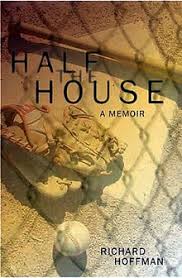 I read Half the House after taking your memoir writing workshop and found it profoundly moving. I imagine it would have been hard to write–I think especially of your brother’s illness and death and the abuse you suffered. What was the most challenging thing about writing Half the House?

Richard Hoffman: Uncovering the story I was telling, and learning what of my life was and was not part of that story. There is always a principle of selection at work in a book. You cannot get your whole life and all its experiences into it, so you have to find the story you need to tell. Once you have that — and getting to that point may take a long long time and hundreds of pages — then anything that is extraneous to the story has to go. I had already decided I would be candid about the abuse in my boyhood, but that’s an event, not a story. The story is how and why, always how and why, and also the consequences of events.

Lisa: How did you deal with that challenge?

Richard Hoffman: I walked away from the book when I had to, and worked on it when I had the time and the psychic energy. In the meantime I wrote short stories, essays, poems. It’s important to have other pots on other burners. There has to be some joy in writing or it is just tedious. I don’t mean you have to write silly, falsely cheerful stuff. But if every time you go to your writing desk you’re staring into the abyss, you’ll either quit doing it or become sick. I’m serious about this.

Writing memoir, even if you’re not writing about atrocity, is a trip to the underworld where you begin to see, in the dark, the dead who preceded you; you start to be able to see the roots of things. You’ll probably even see many of your self-protective illusions for what they really are. It takes a toll. You have to be careful for your bodily and psychological health, and you have to take care to retain the pleasure of writing, so having other writing projects is extremely important.

Lisa: Other challenges in writing memoir?

Richard Hoffman: I guess one other challenge (among many, too many) is that most people think a memoir is when you just write down what happened so what’s the big deal? Anybody can do that. Well, everybody has a story, that’s true; but not everyone can write a memoir, and even fewer can write a really good one. Like any art, it takes years of study and reading and trying and failing. The prevailing view is simplistic. It’s like looking at Edward Steichen’s photographs and saying, “What the hell, I have a camera on my cellphone; why don’t I go for a walk in the woods and take some pictures?”

My advice to someone writing memoir is not to talk too much about it. People will not understand what it takes and they’ll be forever asking you, “You finished that book yet?” when what they mean is, “What’s taking you so long?”

Richard Hoffman is author of the celebrated memoir Half the House; the short story collection Interference and Other Stories; and three poetry collections: Without Paradise; Gold Star Road, winner of the 2006 Barrow Street Press Poetry Prize and the New England Poetry Club’s Sheila Motton Book Award; and most recently, Emblem. He teaches at Emerson College and currently serves as chair of PEN New England. He will be presenting an advanced workshop and a master class at the University of Rhode Island’s Ocean State Summer Writing Conference  and note 2012 dates: June21-23. 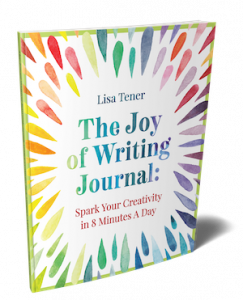