Are You Missing Out on Magic? 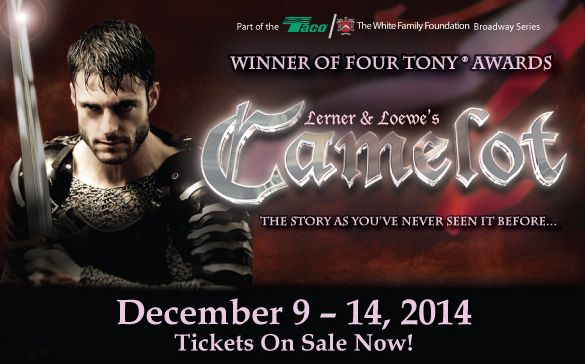 I saw Camelot with my eight-year-old son today. Before we left the house, he whined, screamed, begged, pleaded, screamed some more. He tried guilt. He told me flat out he wouldn’t go.
Some part of me wanted to crawl back into bed with a novel and say “forget it.” Was it really worth this battle? But I do love Camelot. And the tickets weren’t cheap. And I thought he’d probably love it. The fight just felt so hard though–the shouting, the tears.
But, damn, those tickets were expensive. So, I stuck it out, promised chocolate in the car, told him we could leave at intermission if he hated it. And then I saw him put his sneakers on—the sign I was waiting for.

It helped that my husband was leaving the house and no one would be home. That may have been the clincher.

We got there early and admired the ornate design on the ceiling and walls–the rich colors and gold, the chandelier. Attending a show at the Providence Performing Arts Center is an opulent experience.

After a few rounds of playing hangman on a scrap of paper from my purse, the lights dimmed, the orchestra played and the curtains opened on a dramatic pre-battle scene. Each time I looked over,  my son seemed rapt. He asked a few questions, laughed in all the right places.

However, at intermission an hour and a half later, I saw his flagging energy in his drooping body and half closed eyelids. “Do you want to leave now?”

We both left the theater inspired. We shared an afternoon I suspect he will remember forever–I know I will. And we had an extraordinary conversation on the ride home that was, I believe, sparked by the mystical story of King Arthur–a story so legendary that its power must be programmed deeply into our DNA–or something. My son shared details of his inner life that I had no inkling about before our outing.

I think of my own inner eight-year-old who doesn’t want to leave the house, try something new. She’s got a loud voice, that one. And she’d rather not write another book. She can stick her feet in the mud even deeper than my son.

Do you have an eight year old trantruming within you, begging to just sit at home and read a book or watch TV or just do more work rather than write your book? Welcome to the club. You may keep thinking that if you just convince this inner child how great it will be once you’ve written your book that she’ll go along for the ride. But that hardly ever works, does it?

Sometimes you need to trick her (or him). No pleading. No cajoling. No desperate attempts to persuade. Just jump in the car and let her know you’ll be waiting there for her. She needs momentum, a little pressure, maybe a bribe of chocolate.

In my life, the momentum often means hopping in the car and taking myself to a writing space where I can’t do my other work–perhaps the library. And to gain momentum, you may not even need to start with your book. Just force yourself to go into a particular space and write.

Like buying the tickets to the show, I schedule the time in my calendar as if it were a hot date. I also made an investment by signing a lease for shared office space–a space in which I do no other work but writing. The pressure? I usually get that from scheduling writing time with a friend so it’s harder to back out. Just as my son had me to force the issue, when I write with a friend or friends, I have community to support my writing habit. And the bribe? It might be a new journal, or lunch at the Alternative Food Co-Op (soon to change it’s name) in Wakefield, RI. Sometimes I don’t even need a bribe. I just need to remind myself how great it felt the last time I wrote.

Akin to that magical car ride on the way home where my son revealed details of his inner life, when I write, my muse often takes me on a journey I hadn’t anticipated. I find delight in the particular words I rediscover and their placement on the page.

What can you do to get your inner rebel on board with your writing or any creative project? Start with these questions:

– What gives you momentum?

– How can you invest or commit?

– Can you create some positive pressure? A sense of community?

– Can you visualize the results of your commitment? Not just the results of writing a book, either: Can you revel in the daily joys of having written–the insights, the surprises and that remarkable feeling you get when you are writing in the zone?

Resistance is normal. Writing a book is truly magical. Don’t miss out on this magic. It’s worth the fight.