New Program: Get Your Writing Done: Starts 10/8! Click to Find Out More

Barbara Ganim, author of six books, including the new release, Drawing from the Heart: A Seven Step Program to Heal Emotional Pain and Loss (Quest Books, May, 2004), recounts her first book experience. “I didn’t have an agent, and my contract provided for 10% of net, rather than gross. Gross mistake! I made no money on that book at all.”

TJ Wray, author of Surviving the Death of a Sibling and two new works that will be published in 2005 by Jossey-Bass says this about her agent, “He knew that for my second and third book, I wanted a smaller publisher who would get to know me personally—where I could develop a relationship with both the editor and publicist. With my first book, a few months after the manuscript was sold, my seasoned editor had been replaced by a young, relatively inexperienced editor. I wanted to put myself in a situation where that was unlikely. My agent knew that and he found me a real editorial partner who had been in the business for a long time and wasn’t going anywhere.”

A friend once recounted the story of a book cover her publisher was ready to slap on the book: the lovely pink background and white gardenia seemed unlikely to seduce the one third of her audience who were men. While she doubts her editor would have listened to her, her agent was able to fight to get the cover changed. Good thing, too. She estimates that thirty percent of the books she has sold have been to men!

Other things an agent can advocate for? Marketing dollars, publicity—things that will help your book sell. Convinced you need an agent? Check out my article Seven Hints to Publish Your Non-Fiction Book. You’re on your way.

Lisa Tener is a writing coach who teaches students five steps for creative flow and success which she terms, “Magic for Your Muse.” She is co-author of Good and Mad: Transform Anger Using Mind, Body, Soul and Humor (along with Jane Middelton-Moz and Peaco Todd) and founder of the South County Writer’s Seminar.

Lisa has appeared on ABC World News with Peter Jennings, PBS-TV Rhode Island and WCVB-Boston’s Chronicle and HealthBeat. She has been quoted in Glamour, Family Circle, the Boston Globe and more. She is currently working on a series of books for artists and writers to help them complete creative projects successfully. Visit her website at www.lisatener.com.

Copyright 2004 by Lisa Tener; This article may be reprinted without permission only if you retain it in its entirety with the author bio and this copyright notice. If you would like to reprint a portion of this article, please e-mail me for permission at [email protected] 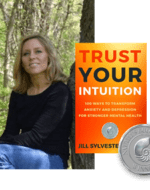