As you may know, blogging is one of my favorite platform building strategies for authors. Blogging helps you develop relationships with your readers, gain clarity about your ideas, get found on Google and more things you can read about in my recent post: 10 Reasons Authors Should Blog. 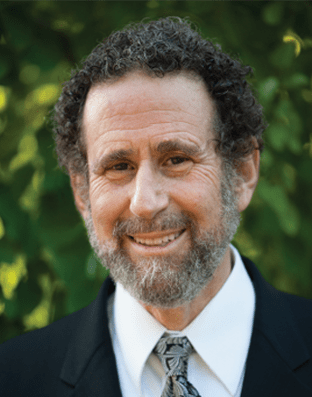 Many of my clients have had great success with blogging. Jonathan Lieff, MD is someone I met at Harvard Medical School’s CME publishing course several years ago when he began working on a book about the ways that cells communicate in the human body. When he hired me to help him with his book proposal, I was thrilled to see what blogging had done for his author platform. His blog, Searching for the Mind, has over 300,000 visitors a year. Over 18,000 people have liked his facebook page, where Jon shares his blog posts.

Lisa: Were you blogging when we first met?

Jon: No. I went to the Harvard Medical School publishing course for three years and the third year I had solidified (finally) the title and outline of the eight subjects. I realized I could do a book, so contacted Rusty—whom I met at the course—to create the website. Then I started with ten short blogs about the eight subjects. I met you, Lisa, at the course, but wasn’t close to needing proposal or editing yet.

Rusty Shelton said to write 500 to 800 words for each post. So I did that for a brief while. I realized that I couldn’t talk about complex subjects with that few words, so my posts enlarged to where they are now—2,000 to 3,000 words each.

Lisa: That’s a great example of trying a plan and adjusting when you get a better sense of what works for your particular audience. And Rusty and his team helped you blog for some larger venues, right?

Jon: Yes, I also had help from Rusty’s publicist, resulting in guest posts for Scientific American and a joint post on Psychology Today about animal brains.

Lisa: And not just with anyone. You wrote that post with Marc Bekoff, an award winning ecologist (including a Guggenheim Fellowship), one of the world’s foremost experts on animal emotions and author of 30 books! It’s a great example of how blogging can help you meet and collaborate with authorities in a wide variety of fields. I imagine it was exciting to work with him.

Jon: Marc Bekoff is one of the most prominent defenders of wild animals. He had read my material on the website about animals. He is against most animal research as cruel and unnecessary, but, he was intrigued by my post comparing the brains of humans, birds, lizards and bees. It showed that with very different kinds of brain structures all of these show great intelligence. So, together we described how the size of brains do not determine their cognitive abilities. He also made it clear that I am also against cruelty to animals and have published a post which documented that all animals behave differently in captivity, even flies and worms. It was great working with one of the world’s top scientists.

Lisa: How do you come up with catchy titles?

Jon: I was told to make titles short and without punctuation. But, I don’t know if that is true. Sometimes, exclamatory words like “amazing,” “vast,” “extraordinary” have been helpful. Calling a bee, ant, termite, a virus, a microbe or a cell “intelligent” has helped.

Lisa: What’s your sense of what makes a post go viral?

Jon: Occasionally my posts take off for reasons I don’t understand. A couple of months ago, my elephant culture post had 17,000 readers in one day.

Lisa: I’m guessing that part of what made that post go viral is that the information on how elephants communicate is absolutely fascinating. And there’s your signature ability to take highly scientific information and make it easy to understand while retaining the depth of the information. You don’t dumb anything down. You take out the jargon and make it clear.

Who is the audience for your blog? What are some of the considerations you had in having the blog resonate for that particular audience?

Jon: My audience is clearly people who are interested in keeping up with current science, but with a twist that intelligence exists in nature, which is not a mainstream concept. So, most are somewhat alternative. But, I have many readers who are professors and top researchers who are closet mind-in-nature folks and appreciate the data in my posts.

Lisa: How many people read your blog or a typical post?

Lisa: That’s impressive. How did you grow your blog readership?

Jon: I just persisted with posts each week and re-posting two a day on Facebook and Twitter for four years.

Lisa: So, persistence, consistency and using social media to support each post. I would add that you use high quality, colorful and visually intriguing photos that grab people’s attention on social media and that help make the actual posts easier to read. Your posts are also nicely designed and easy on the eyes. It has to be readable!. You’ve also done a great job of providing high quality content, while understanding your audience and their interests. The result is that you get lots of comments and social shares. Those are important aspects that have helped your blog grow. And the guest posting also helps reach new people.

Lisa: Your blog recently won an award traditionally given to organizations. Can you say a bit about the award, what it means and why you think you won it?

Jon: Many forward thinking professors around the world like the scientific information and viewpoint. Many students at all levels like that I have been explaining complex neuroscience concepts like neuroplasticity in understandable terms. The posts take the most advanced current information and make them somewhat understandable. The award is on Best World Wide Online Universities  in “Neuronal Plasticity”: The Science of Learning – Resources on How Our Brains Work  Best.

Lisa: Wow, I see MIT on that page. Your blog is in good company! What opportunities have come from blogging?

Jon: I have met a lot of great people. Some who have big followings and will support my book. I think they respect that all of my information has been for free thus far. I get a lot of positive comments that encourage me to keep on.

Lisa: The encouragement is helpful. It can take a while to develop the platform to interest publishers. When people respond to your posts, it helps you keep the momentum going. In addition, those relationships will certainly help when you approach agents and publishers. You have a great deal of support from influencers and readers in the scientific community. I expect that their support will help your book get the kind of viral attention that most authors dream about but have no idea how to attain. You’ve set that foundation in a very organic way. And I sense that it’s been very satisfying as a process–or a journey.

Lisa: Any takeaways you’d like to leave our readers with?

Jon: Blogging brings its own rewards. It is more immediate and fast moving and up to date. I have met a wonderful group of people, like a club that tweets back and forth from all over the world. I think the book is quite different, more an organization of all that has transpired.

Dr. Lieff graduated from Yale College and Harvard Medical, and specialized in psychiatry, and later geriatric and neuropsychiatry. He was a pioneer in geriatric psychiatry building the first geriatric medical/psychiatry hospital units, and the largest geriatric treatment network in New England (more than 250 nursing homes). Dr. Lieff is a past president of the American Association for Geriatric Psychiatry, the national subspecialty association. As president, he founded the American Journal of Geriatric Psychiatry. You can find him on Twitter, Facebook and his popular blog, Searching for the Mind.