1. Be Creative and Spontaneous With Video

When Kimber Simpkins went out to shoot her book trailer, she hit the road with questions and an openness to what might occur as she interviewed “women on the street” about how they felt about their bodies. She didn’t exactly start with their bodies, however. Her opening question was, “Does this dress make me look fat?”

The resulting video about body image went viral on social media and was picked up by Self.com and the Huffington Post. Here, Kimber offers her experience and advice.

I had an idea for a funny and provocative video percolating in the back of my head for several years. When my publisher asked me to make a book trailer for Full, I realized it was time to bring the idea to life.

I’d never done anything like this, so it was a big deal for me… I had to write up a script, lasso a few friends to help out, hire a camera person and an editor, and get everyone to show up on the same day in the same place.

We had no idea what would happen, because the ‘script’ was just a series of questions to ask ‘women on the street’ about body image.

We’d scheduled four hours to shoot and hoped we’d get some good answers that we could edit into a 3 minute video. We probably asked about ten women to be interviewed for each one who was willing to appear on camera, so it involved a lot of leg work: approaching total strangers with a smile and shrugging off rejections with, ‘Have a great day!’

By the end of the day I was amazed at how thoughtful and wise the women we talked to were. We had a ton of great footage, and luckily our editor did a fantastic job putting it all together and adding music to create an ‘I laughed/I cried’ video.

A couple of things that happened behind the scenes, were that I had an eating disorders therapist friend there to debrief everyone who was interviewed, and passed out educational information about eating disorders and negative body talk. I knew we were going to trigger people and wanted folks to have a chance to talk about it if they needed to.

I think a lot of what made the video footage work on the first try was that we chose a great location, with lots of women walking around on the weekend in a busy beautiful area of Oakland, a city where people are known for speaking their minds.

We posted it on Facebook and on my YouTube channel and my publisher’s publicist sent it out to places she thought would be interested. It was picked up by both Self.com and Huffington Post. We also paid a bit to promote it on YouTube.

I shared it on Facebook and asked folks to tell their friends about it. Sharing it on social media, it’s good to keep posting repeatedly for a week or so, so it keeps showing up in people’s feeds. I also shared it via my email list. Body image is a hot topic right now and that—combined with the emotional content of the video—made it compelling for people to watch and share.”

People love to take quizzes! Rusty Shelton, Digital Media Strategist and co-author of the forthcoming book Mastering the New Media Landscape: Embrace the Micromedia Mindset, has encouraged several of his clients to offer a free quiz as a way to attract new visitors to a website and immediately engage them. It’s also a great way to build your mailing list. You can offer the quiz on your website and mention it on social media like Facebook, Twitter and LinkedIn, as well as in your blog posts. 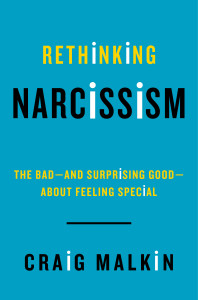 Says Rusty, “The name of the game right now for authors and thought leaders is growing your email list so that you own the connection to your audience. Creating a magnet on your website gives people a reason to visit—and engage.”

When I saw a post on banning handheld devices for children under 12 on the Huffington Post, I had a feeling it could go viral. I emailed Dr. Victoria Dunckley, author of Reset Your Child’s Brain and encouraged her to respond immediately so that her comment would be an early one—a comment that added relevant information and linked to her latest Psychology Today article within the comment. She received nearly 20,000 hits to the article due to viral Facebook activity and her single comment had nearly 100 replies just to that one comment. 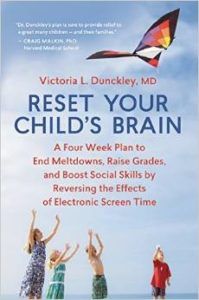 The original Huffpo article received more than 1 million views, and over 300k likes on Facebook. While Dr. Dunckley’s book wasn’t out yet, many of the people who responded become followers of her blog and joined her mailing list, supporting book sales later. The single comment also resulted in three media interviews: Scholastic News, a publication that goes out to over 3 million children ages 10-12 about screen-time effects on the brain, A PBS Magazine publication in New Mexico on Electronic Screen Syndrome, and The Carlat Report, a child psychiatry newsletter on childhood obesity–which Dr. Dunckley tied into screen-time reduction.

The Huffpost comment also put Dr. Dunckley in contact with experts in her field throughout the nation who are now helping spread the word about her book. Some have even invited her for high profile speaking gigs. This one comment was the gift that kept on giving.

4. Use the latest research to work smarter, not harder.

Frances Caballo, author of Social Media Just for Writers and Avoid Social Media Time Suck, points to the latest Pew Research Study as a great source of data about your readers and their demographics. When you understand where your readers hang out on line, times of day, and what they do there, you can better reach them and interact optimally. 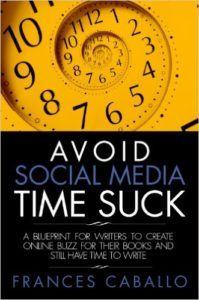 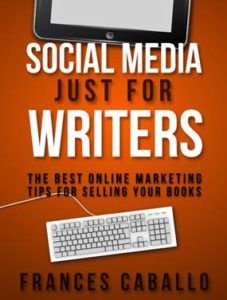 Says Frances, “I spend time on the social media networks that bring me comments, shares, engagements and sales” and she suggests you do the same! Frances also studies her Google Analytics and Facebook analytics. She encourages authors to, “Go to your Facebook author page and check Insights, Facebook’s free analytics program, once you reach 35 page Likes. There, you’ll find gender and age demographics that will help you to apply the new Pew Center’s results to your social media marketing.” You can read her blog post on the topic here.

If you look at Cathy Turney‘s LinkedIn or Facebook Posts or her Tweets, you’ll notice one thing that stands out above all else—she’s forever thanking and praising colleagues.

I love receiving Cathy’s handwritten thank you notes, too, of course. There’s something special about choosing a special card, taking the time to write a note by hand and dropping it in the mailbox. But Cathy doesn’t stop there. 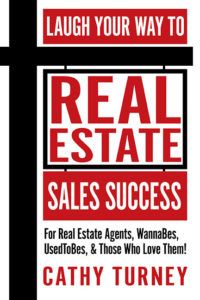 When she gets media attention, wins an award or reaches a goal, she’s religious about publicly thanking—on Facebook, LinkedIn and Twitter—all the people who helped her get there. And she’s specific about the ways people have helped her and the skills they possess.
By tagging and thanking her colleagues, we’re continually reminded that we are part of her team. We get to bask in her glories, acknowledge the roles we played and celebrate along with her. And we continue to share her successes and spread the word about her Stevie Award-winning book, Laugh Your Way to Real Estate Sales Success.

Who’s on your team?

Are you thanking them publicly and specifically?

I encourage you to pick one thing from this list and try it. Or be creative about using these ideas as a starting point for your own creative social media strategies.