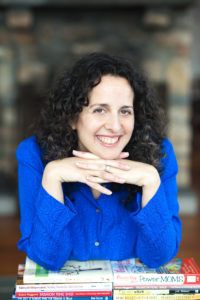 I realized recently that there’s such collective wisdom out there from my clients, I should ask THEM to tell you what they discovered that helped them land their book deals.

1. Interact with Your Audience and Test Ideas: Katie Naftzger signed a book deal with Jessica Kingsley this summer for her book Embracing the Teen Years: A Guide for Adoptive Parents.  She started work on her book proposal and realized something was missing–she needed more input from her target audience. “Leading workshops, presenting and talking with adoptive parents BEFORE I submitted my proposal was instrumental in helping me to develop my views on parenting adopted teens. I had a continuous feedback loop from audience members, clients, friends and colleagues. This is how I developed the framework and stance in the book.” 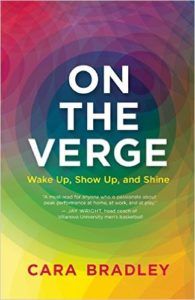 2.  Get in the Press: Cara Bradley, author of the forthcoming On the Verge (to be published by New World Library), said, “Lisa, you suggested subscribing to HARO as a way to get in the press and build my platform. In only a few months of doing so I contributed to several pieces, establishing myself as an expert in my field.”

3. Tight Focus: Vicki Tidwell Palmer approached two publishers about her book Moving Beyond Betrayal: The 5-Step Boundary Solution© for Partners of Sex Addicts and she landed a book deal with Central Recovery Press. She advocates for a tightly focused strategy when it comes to audience, concept and publishers. “The key factors to landing a book deal were narrowing down my target audience to one that was closely aligned with my expertise, creating a tight book concept (5-step method), and targeting only publishers who I knew would would have a strong interest in the subject matter.”

4. Passion and Ease: Vicki adds, “I wrote about something I felt strongly about. I’m also glad that I kept my topic specific. I proposed the book that I was pretty sure that I could write. It makes it less overwhelming in trying to write the actual book.”  Yes, imagine promising a book that went well beyond your knowledge base and is a huge stretch. It’s possible, but that’s a book you might want to make sure you can write before proposing it!

5. Eat, Sleep: Micaela Karlesen who shared, “I absolutely cannot think when I’m hungry, and I can almost never produce a worthwhile thought when I’m tired, let alone make a decision. The writing process demanded such commitment from me, long after the initial spark of inspiration and fun had settled into the background, that I found it was essential to make sure I was well-fed and well-rested in order to produce quality work. Sometimes I wasn’t as fast as I would like, but particularly as someone who has a full-time job during the day, I had to really take care of my body (with whole, plant-based food in my case) to make the time I had available for writing productive.” 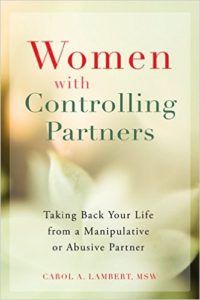 6. Mention the Research Behind Your Ideas: Carol Lambert, who signed a book deal with New Harbinger a few months ago for Women with Controlling Partners,  pointed out that, “It was important to my publisher that my clinical work and advice in the book were research based. If your book is research-based, highlight that in your proposal.”

7. Meet in Person with an Acquisitions Editor: Okay, not every acquisitions editor will want to meet with prospective authors. However, if you find yourself in contact with an editor, consider asking. Tara Mardigan was contacted by Jess Haberman at Fair Winds Press after Jess read about Tara in the news shortly after the Red Sox won the 2013 World Series (Tara was the team nutitionist and was quoted in the press after the big win).  After Jess reached out and the two talked by email and phone, Tara requesteed to meet in person to discuss a new book idea, different from Jess’s original suggestion. Tara is convinced that the in-person meeting made it so much easier to connect, convey the idea and brainstorm together. The result? Real Fit Kitchen by Tara Mardigan and Kate Weiler.

Bonus tip? Tara says, “Hire a book proposal coach. Because of our work with Lisa Tener, we had clarity about the uniquness of our concept and the confidence to suggest something new to a publisher who already had an idea of her own. For two first time authors, the process is intimidating. It made a world of difference to know just what was needed in our book proposal.”